The UK’s second largest mortgage lender, Nationwide Building Society, said house prices would continue to rise this year beyond the stamp duty holiday but warned higher costs could make it harder for first-time buyers to get on the property ladder.

Its Chief Executive, Joe Garner, said everyone had been a “little bit surprised” by how strong the housing market had been throughout the Covid crisis, even when taking government support, including business loans and wage subsidies, into consideration.

Figures published by the Office for National Statistics this week showed house prices rose 10.2% in the year to March, the highest annual increase since the lead-up to the financial crisis in August 2007. 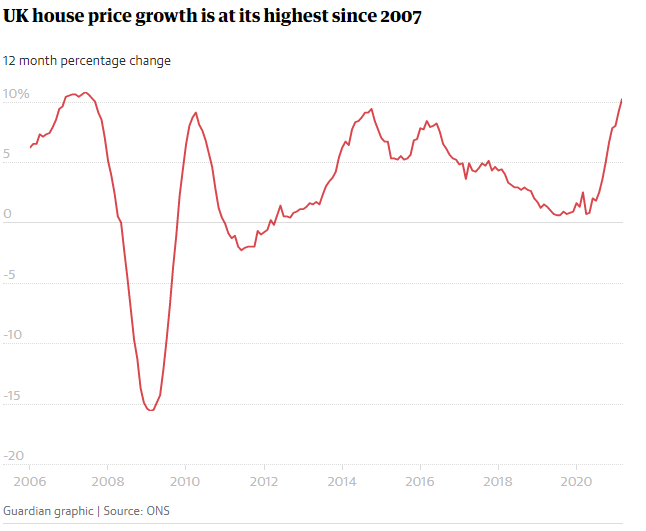 This month sees a new national record for the price of property coming to market, hitting an average of a third of a million pounds (£333,564). That is 1.8% (+£5,767) above the previous all-time high recorded a month ago.

The surge in demand has largely been driven by ultra-low interest rates and the stamp duty holiday on homes under £500,000, which has been extended to the end of June by Chancellor Rishi Sunak.

The pandemic has also seen people reassess their living space, with a Zoopla spokesman saying that recent demand was focused on three and four-bedroom homes, with one doubling as a home office.

While the level of new properties coming to the market is at a similar level to the long-term average, demand continues to massively exceed supply, especially in northern regions. In previous market upturns London has generally led the way, but the capital’s rate of price increase since pre-lockdown March 2020 is now at a virtual standstill (+0.2%) compared to double digit price growth in areas further north.

‘’ Last year’s unexpected mini-boom is rolling on into 2021, with new price and market activity records again defying many predictions. Buyer affordability is increasingly stretched, but there’s obviously some elasticity left to stretch a bit more as many buyers are squeezing their way into higher price bands. This high demand, with both willingness and ability to pay more, has pushed the average price of property coming to market to a new all-time high of a third of a million pounds. In another twist, it is the regions of Britain further north that are leading the way, with some degree of catching up between average prices in London and the north. While the gap remains very large, with average prices in London still 2.9 times higher than those in the north, this ratio is now at its smallest since 2013. The pandemic has given a greater focus on the home, and in 2020 we saw a surge in southern coastal and rural areas. So far 2021 is proving to be the year of the northern mover, not only satisfying their pent-up housing needs, but in doing so also narrowing some of the huge price gap with London.’’

This strong market appears to have enough momentum to shrug off the imminent end of the stamp duty holidays in England and Wales. Buyer demand has soared throughout Great Britain (+52% in April 2021 versus April 2019), It is the north that is seeing the greater imbalance between demand and supply and this is one of the main factors driving prices to new records in all regions except the capital. This supply shortage is particularly marked for typical family homes with three bedrooms or more, with available stock for sale on agents’ books in April down by an average of 50% on the same period in 2019. In contrast properties with two bedrooms or fewer have availability down by 24%.

‘’ Across our region we’re seeing a continued surge in the volume of new buyers entering the market. Of particular note is the vast number of those buyers arriving from other destinations around the country, particularly the south. This surge in buyer activity combined with a relative shortage of new properties coming to market has had the inevitable effect of creating a significant surge in prices with buyers clamoring to get their hands on most listings that hit the market. We can see little sign of this abating and would predict that even with the end of the present stamp duty incentive that prices will continue to rise through the rest of this year and likely beyond.’’ 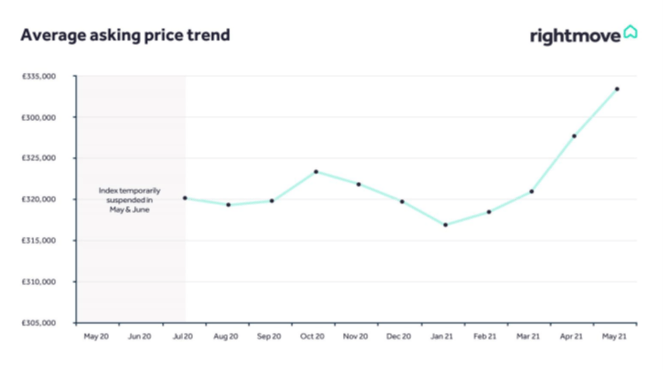 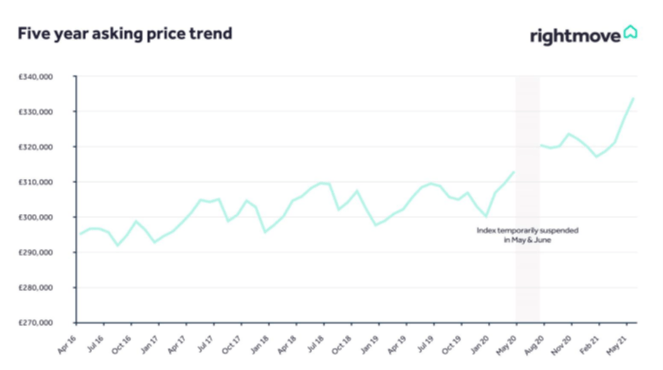 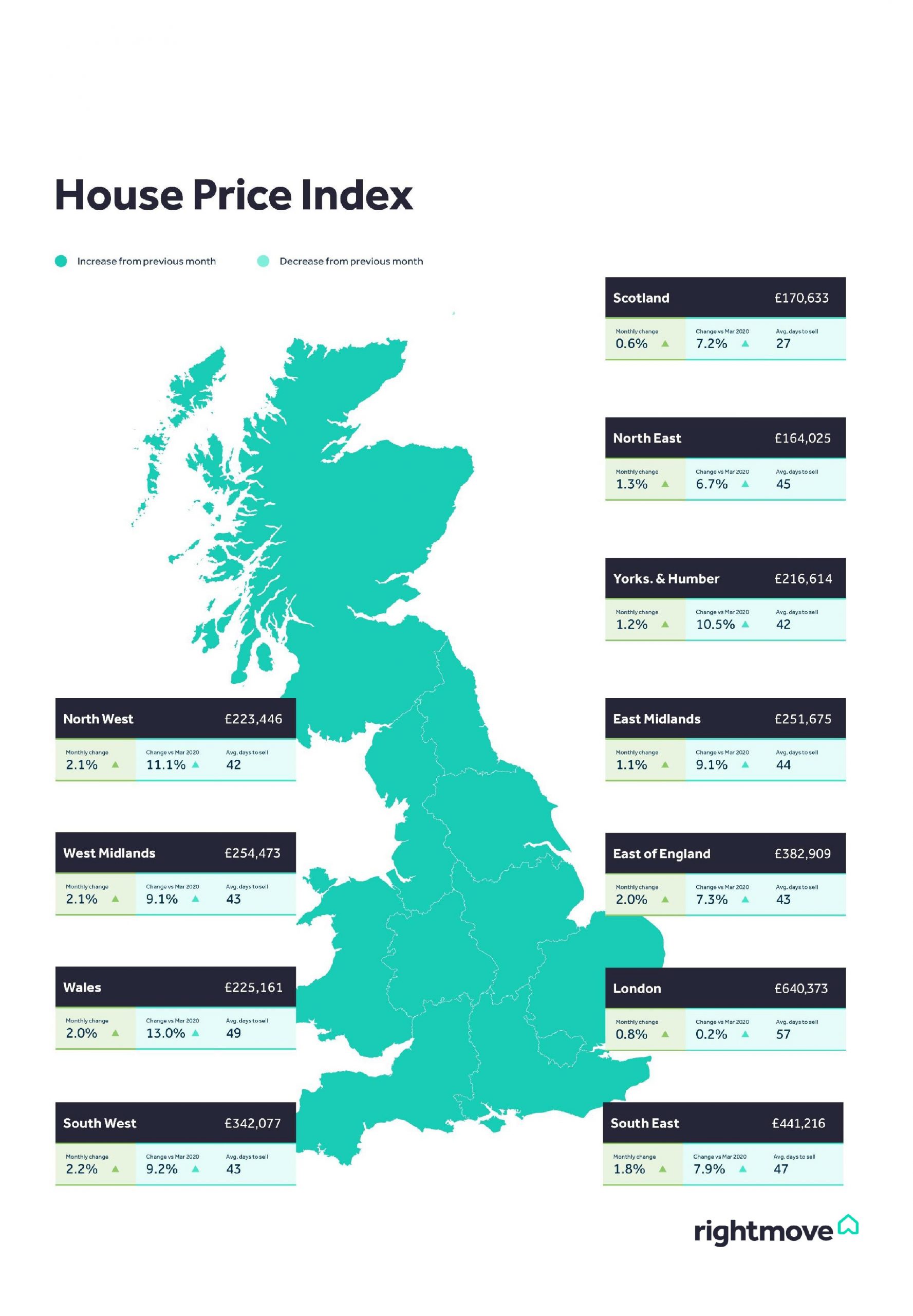