The average price of a UK home hit a record level for the fourth month in a row in May 2022, according to data from property portal Rightmove.

Its latest house price index shows that asking prices rose by 2.1% month-on-month, taking the average value to £367,701. Annual price growth to May this year stood at 10.2%, compared with 9.9% in April.

Rightmove says average properties jumped in price by £55,551 over the past two years, a period dominated by Covid-19. In the two years prior to the pandemic, average prices rose by £6,000.

This fourth consecutive price record comes alongside a fourth successive interest rate rise.  Rightmove said neither the financial pressures being faced by UK households, nor the latest rise in the Bank of England bank rate – to 1%, announced earlier this month – do not appear “to have dented the motivation and urgency to move that are being felt by many”.

The number of buyers contacting estate agents is 14% down on the stamp-duty-fuelled market of this time last year but is up by 31% on the more comparable market of 2019. The number of properties available to buy is 55% down on the levels seen in 2019, meaning that supply and demand look likely to remain out of kilter for at least the rest of the year.

The number of sales agreed is up by 12% in the year to date compared to 2019 even with restricted choice, though is down 17% compared to the exceptional market of the same period last year. These numbers suggest that a lack of homes for sale rather than a lack of desire from buyers is what is dictating the pace of the market. New stock is most urgently needed in the mid-market sector of two and three-bedroom semidetached homes, which are seeing the most competition from buyers.

‘’People may be wondering why the housing market is seemingly running in the opposite direction to the wider economy at the moment. What the data is showing us right now is that those who have the ability to do so are prioritising their home and moving, and the imbalance between supply and demand is supporting rising prices. Though demand is softening from the heady levels we saw this time last year, the number of buyers enquiring is still significantly higher than during the last ‘normal’ market of 2019, while the number of homes for them to choose from remains more constrained. We anticipate that the effects of the increased cost of living and rising interest rates will filter through to the market later in the year, and a combination of more supply of homes and people weighing up what they can afford will help to moderate the market.’’ 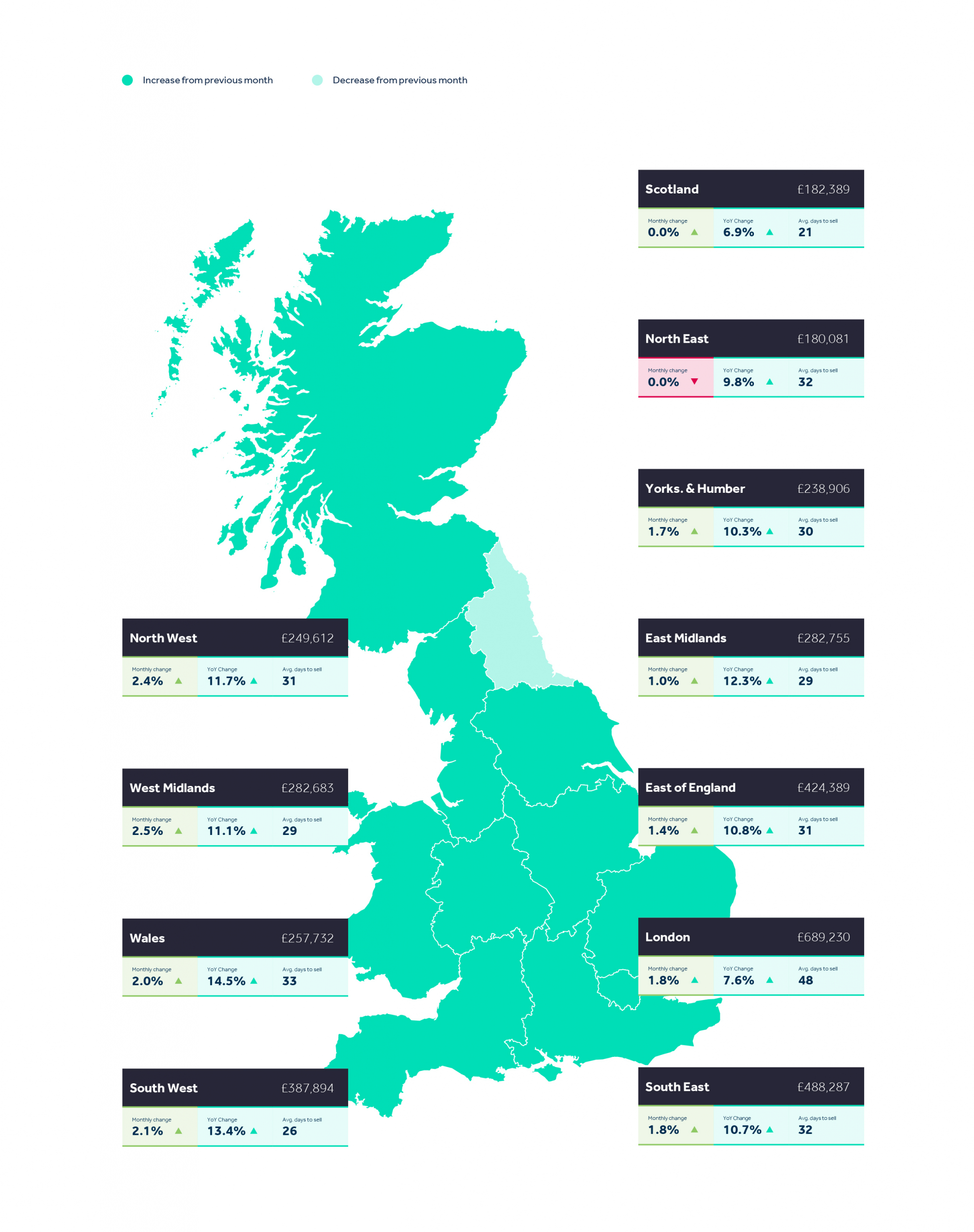