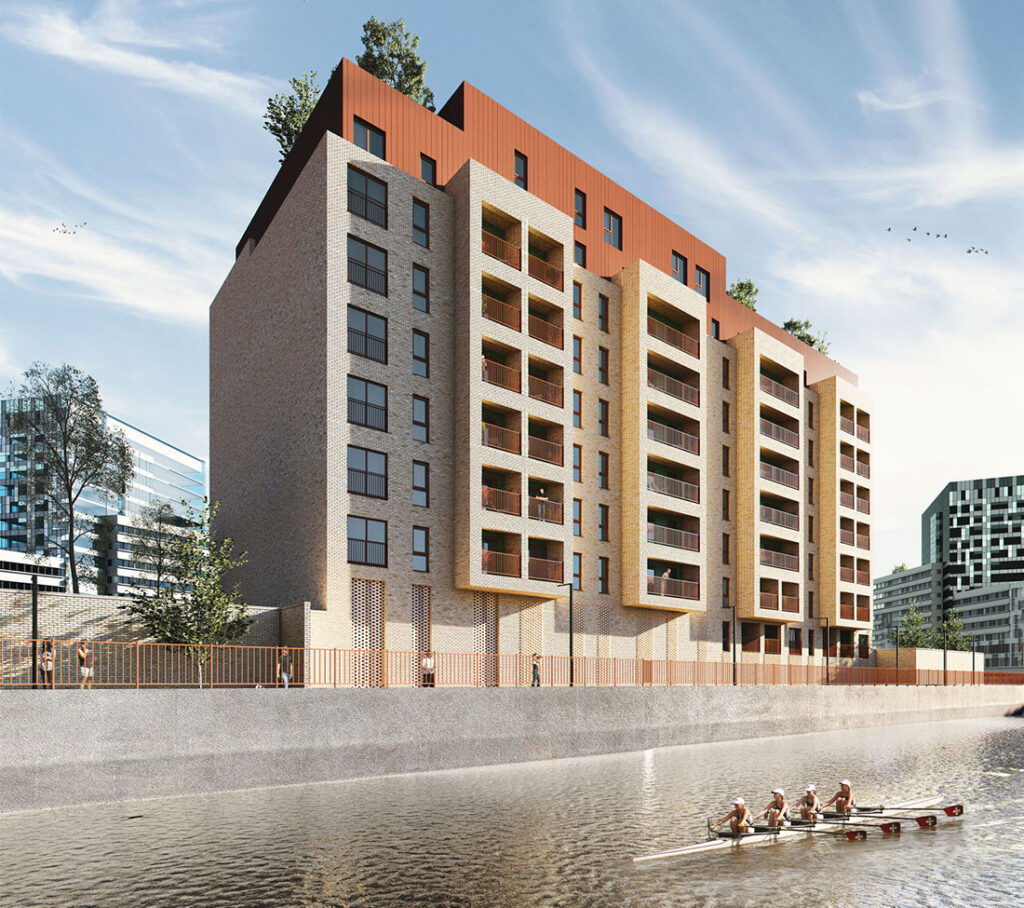 Developer Forshaw and contractor CPUK have begun piling works at an 86-apartment, £12m scheme at Worrall Street in Salford.

CPUK was first revealed as preferred bidder for the project in January this year and confirmed as main contractor in July, and with remediation now complete, the company has taken possession of the site and begun piling, before starting concrete pours in the coming weeks.

The contractor will deliver a mix of one, two and three-bedroom apartments along with a gym and residents’ lounge. Stretching to nine storeys at its highest point, the block is one of three proposed as part of a wider 232-apartment development.

The block features a brick façade with green glazed brick slips to the rear walls of its balconies, along with zinc cladding at roof level. The build is expected to take 18 months, with DLA Design as architect and Lichfields as the planner.

It will be CPUK’s second project with developer Forshaw having also delivered 179 student accommodation units in Huddersfield for the company.