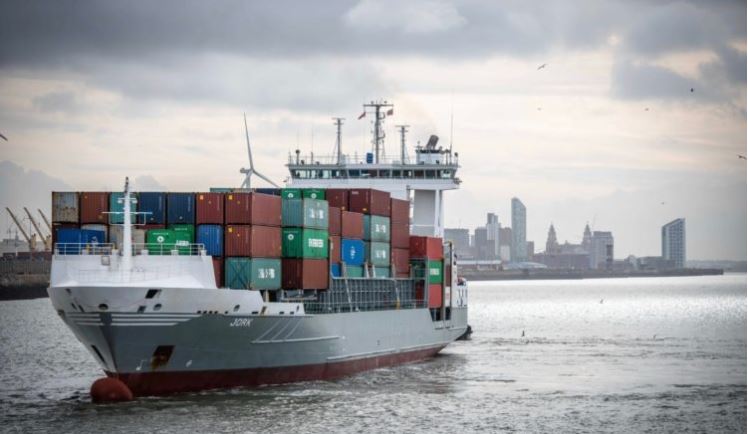 Chinese giant COSCO will take slots on an existing service via Montreal and it joins MSC, Maersk, CMA and Hapag in starting or growing a presence in Liverpool.

Peel Ports has secured yet another shipping line for the Port of Liverpool which means the world’s five biggest lines will now be calling into the Mersey.

Chinese giant COSCO will take slots on an existing Canadian service via Montreal with OOCL and it joins MSC, Maersk, CMA and Hapag in starting or growing a presence in Liverpool.

The decision follows a successful trial by COSCO Shipping in October, since when MSC has also introduced a new call to Liverpool, as part of a rotation including Canada, Turkey and various southern European ports.

It is the third major line announcement for Liverpool in the last few months, as the 2M shipping alliance confirmed at the end of 2018 that Liverpool will be a permanent call on its TA4 transatlantic service.

In February, Peel Ports also announced that it was aiming to create 250 jobs, mostly in Liverpool, to deal with continued business growth.

Mark Whitworth, Chief Executive of Peel Ports said: “There’s a real sense of momentum in Liverpool just now. Hundreds of cargo owners have already given their backing to the port as their natural trade gateway, and now more shipping lines are coming on board, too.

“In these uncertain times, one thing that is sure is Liverpool’s prime location for serving the heart of the UK marketplace. We’re confident that this is just the start with COSCO shipping, especially with the recent success of our new MSC service too.”

Alan Newell, general manager of COSCO’s agents, China Shipping UK Agency, added: “Our trial at the Port of Liverpool last year was very successful. On the strength of that we are looking to market slots to our customers with a view to growing traffic on the route.

“It’s clear that Liverpool has a lot of potential as a gateway for many cargo owners in the north of the UK and we are confident that we are capitalising on this growing demand at the right time.”