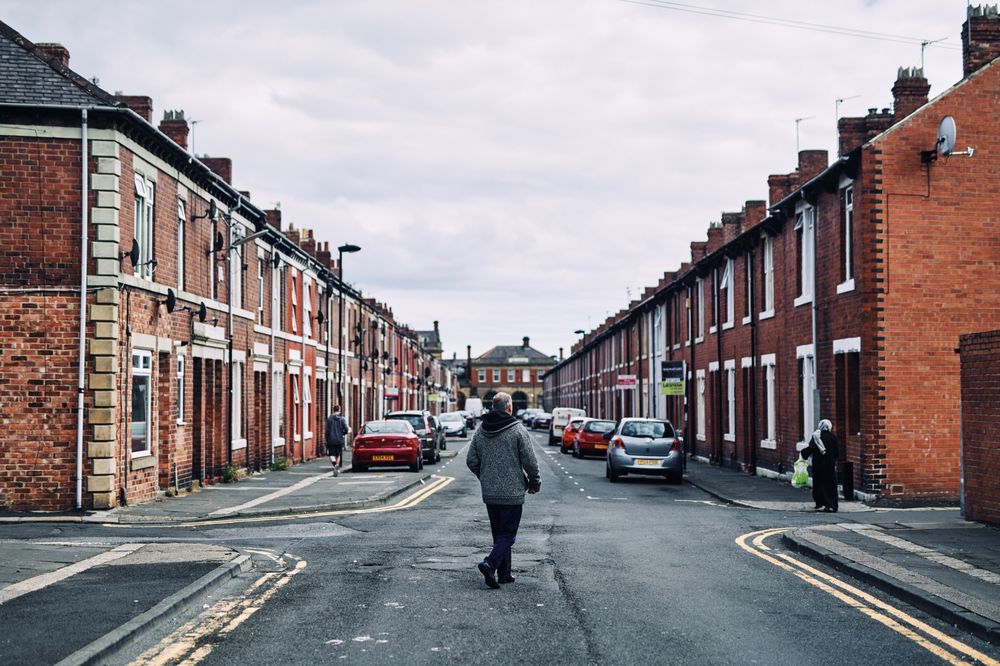 The Brexit-inspired decline in London’s property values has yet to cause any serious ripples in other areas of the U.K. While price-growth and activity may be slowing amid the uncertainty, almost every other major urban area in the country is still experiencing a rising market, according to Acadata. It’s a national divide that’s all too apparent to real estate agents in northern England who aren’t too worried about the U.K.’s departure from the European Union.

“It’s a different world from London in the north,” says Jonathan Morgan, sitting in the Leeds office where his property management company Morgans has operated for more than two decades. Reeling off a list from 15 percent interest rates to the global financial crash, he smiles calmly. “It will be fine because we’ll make it so. We’ve faced crises before.”

Behind him the noise of construction creeps through the windows from workers refurbishing the 19th-century cast-iron Leeds Bridge, originally built when the city — 200 miles (320 kilometers) north of the capital — was rapidly expanding and flush with the wealth of the Industrial Revolution.

Now, it’s looking forward to a more modest investment surge — the government is moving 6,000 civil servants to the city and broadcaster Channel 4 is relocating its headquarters there, while a high speed rail project will bolster transport links.

While such plans are likely boosting interest in Leeds itself, the property market is humming along across large swathes of the country. Land registry data, released Wednesday, shows annual price growth of 2.9 percent for Yorkshire and Humber in January, and increases of 4.4 percent in the East Midlands and 3.4 percent in the northwest. London declined 1.6 percent — the most since 2009.

Prices elsewhere are supported by the same factors underlying Britain’s property boom for years — low interest rates, growing employment and a short supply of homes. Outside of the capital, the market’s benefiting from a tax cut on cheaper homes. Most of the time values have increased with a lag and at a far slower pace compared with London, but now the tables have turned.

With Britain’s future outside of the EU still as unclear as ever, the London market is taking the biggest hit. The capital’s asking prices dropped 1.1 percent in March from a month earlier, according to Rightmove, while the national measure rose 0.4 percent.

That’s even after the Bank of England published a range of no-deal Brexit scenarios that — at their most extreme — included a 30 percent drop in home values.

“London is more of a world market, it’s influenced by outside investment coming in,” says Alex McNeil, a commercial and residential valuer at Bramleys, an agency in Huddersfield, northern England. “In the regions we’re less influenced by that.”

While it’s been more resilient, the rest of the country hasn’t been totally untouched by Brexit. A number of agents say that supply started to dry up in the first part of this year as sellers adopted a wait-and-see attitude, while transactions in February were 7 percent lower than the same month in 2018, according to Rightmove. Meanwhile price growth in Yorkshire, which can be volatile month-to-month, is currently below last year’s average of 3.5 percent.

Buyers’ ability to find cash for a deposit remains the most significant stall on purchases, according to Mark Christopher, another veteran of the market who heads residential sales at Linley and Simpson in the Leeds suburb of Horsforth. As for Brexit, his view sums up the stoicism for which Yorkshire is renowned.

“It will happen and we will take it as it comes without getting too excited,” he shrugs.